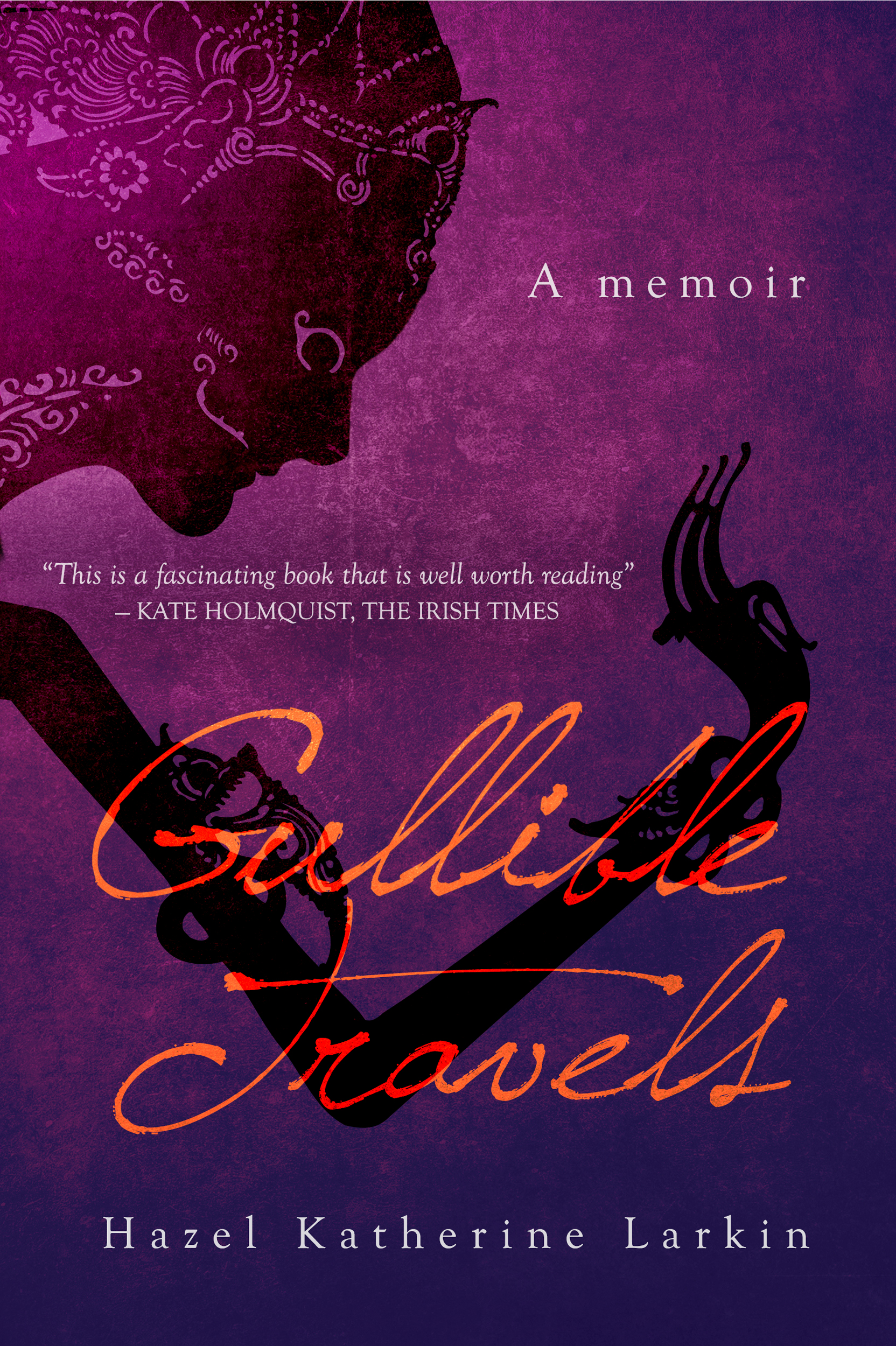 Today’s post is part of the Moods of Motherhood blogging carnival celebrating the launch of the second edition of Moods of Motherhood: the inner journey of mothering by Amazon bestselling author, Lucy H. Pearce (published by Womancraft Publishing).

Today over 40 mothers around the world reflect on the internal journey of motherhood: raw, honest and uncut. To see a list of the other contributors and to win your own copy visit Dreaming Aloud.net

I had always assumed I’d have at least seven or eight kids. (When I was between the ages of 4 and 12, my ideal number of offspring was fourteen – clearly I was raised Catholic!).  When I married, at 20, all I wanted was to have a baby to celebrate our first anniversary with.

Sadly, it wasn’t meant to be. It would be eight years, two husbands, three surgical operations, bucket-loads of pills, months of injections, invasive procedures and every ounce of my considerable determination before I held my baby.

The agony of being denied motherhood devoured me from the inside out. I ached, sometimes physically, for a child to call my own. My arms longed to hold a baby that they wouldn’t have to return to its rightful owner. My heart overflowed with un-shared love. Love for a child I was desperate to have, desperate to love, desperate to parent, desperate to raise. I read books on pregnancy, homebirth (having decided, by the time I was 18, that the only sensible, logical and safe option was to birth at home), breastfeeding, parenting and children. I dreamed of what it would be like when one of those infernal pregnancy tests eventually gave me the result I was looking for.

Sometimes, I would dream about holding my own baby and the dream would be so vivid that I would awake from it and still have the scent of a small baby lingering in my nostrils; would still be able to feel the silk of a tiny child’s hair on my cheek; the near-nothingness of a baby’s soft skin; the sweetness of a baby’s breath on my neck. I questioned the love of a God who could create such longing in my soul, and who could equip me with a certainty that I would be a great mother – and then deny me the fulfilment of my longing. It was analogous to creating a singer with a voice to rival that of Maria Callas, then ripping out their tongue and wiring their jaw shut. Every time I got my period – which was far from a regular occurrence – it was as though my womb was directly connected to my heart and, distressed by its own emptiness and failure, was shedding tears in synchrony with my eyes.

Poisoned by my desire I found it increasingly difficult to rejoice with people when they announced that they were expecting a baby. I got more and more resentful of others when they shared that they were pregnant – I  felt that I had been longer in the ‘conception queue’ than they had. I deserved that baby, not them. It was almost as though there was a finite number of souls who chose to incarnate in a particular year and somebody else, by getting pregnant, had snatched one of the souls that otherwise would have come to me. I could still smile to someone’s face and congratulate them. As soon as I was alone, however, I would cry tears of pain, sadness, jealousy, anger and fear. Fear that I would never fulfill my destiny to become a mother; that all the babies would be allocated to other people and I would be left without one. It felt as though my pain was bigger than I was. It was such a great thing that I was unable to contain it.

But it finally went away: On March 13th, 2002 in Pune, India, my beloved daughter, Ishthara was born. No words can express my joy when I held her in my arms for the first time. I couldn’t quite believe it. I was a mother! Finally, nestled close to me was all I had ever wanted. For some reason, love didn’t flood through me the first time I held her. I was numb. It was almost as though I was in an altered state of consciousness. I couldn’t quite grasp that she was really mine, that I was really allowed to keep her. Years later, when I was studying psychology, I read Viktor Frankl, and the experience made sense.

In his book ‘Man’s Search for Meaning’ Frankl details how he and others were liberated from a Nazi death camp. Instead of being joy-filled and jubilant, they found themselves mis-trusting their experience; not quite believing it. Frankl explains that they had spent so long dreaming of this very moment – and had their hopes and dreams dashed so many times – that now, they were not sure they could believe it. It took the men a few days to grasp the reality that their dream had come true and was not about to be snatched from them.

On the third day, Ishthara reached her bony arm up and touched my cheek with her hand. She looked in to my eyes and I swear I saw all the knowledge of the Universe in hers. Love surged through me stronger and more overwhelming than anything I had ever known. I knew true happiness for the first time in my life. Finally, I knew what love was. I discovered a bottomless well of love that I had never thought could possibly exist – much less that it could exist inside me.

Everything about Ishthara sent joy and love surging through me – and nothing had prepared me for that. I knew I was prepared to be a parent but I wasn’t prepared for the love that being a mother brought me. I found that I instinctively knew what she needed and wanted. I found extreme joy in being with her, in responding to her needs – in pre-empting them, even. Holding her little body close to mine, keeping her body alive with mine, watching her flourish and grow and thrive filled me bliss and peace. For the first time in my life, I felt as though all was well in my world.

When I held Ishthara in my arms, and breathed in the scent of her, I felt as though I had come home to myself. It felt that I had spent my entire life preparing to hold a child I didn’t have to give back. This little splinter of God had made my biggest, greatest, grandest dream come true. She had turned me into a mother.

Not long after Ishthara’s first birthday, I left my second husband. Then the unbelievable happened – I discovered I was pregnant. Without even trying!! How did that happen? I was shocked and delighted. I was also worried about how I would love the baby I was carrying. I had no doubt I would love her, but I loved Ishthara so much – she was the child I had always dreamt of, the child I had always longed for, and she and I had such a tremendously tight bond – that I was sure I wouldn’t possibly be able to love my second child as much. I felt sorry for her, coming into a family where she wouldn’t be loved as much as her elder sister. I couldn’t conceive that there could be enough love in the entire world – never mind in me – to love my second child the way I loved my first.

Kashmira was born on the 18th of May, 2004. When I held her in my arms and told her I loved her for the first time – I was lying. I knew I should love her, but I felt the same way I had when I’d first held Ishthara – kind of shocked and numb and waiting; waiting for waves of love to wash over me. I fretted that this meant my fears were correct, that I would never love this child as much as I loved my other one. Three days later, however, I woke up and looked at Kashmira and a feeling of adoration for my child flooded through me. I was overcome with relief and profoundly grateful that this little person had chosen to turn me in to her mum. 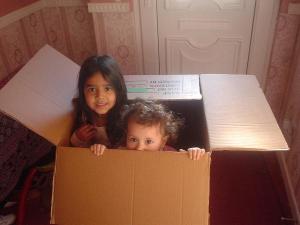 It’s a feeling I have felt, for both my special deliveries, and the privilege of being their mother, every day since.